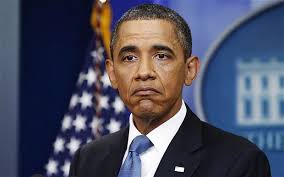 obert Spencer, author and purveyor of the blog Jihad Watch, and Qasim Rashid, a human rights activist, and advocate of the Ahmadiyya Muslim Community, appeared on the Sean Hannity show Wednesday evening. Sean interviewed them about their position on Syrian refugees coming to the United States.

Robert Spencer, who writes about the jihad theology and ideology, is totally opposed to the notion of opening our borders to these refugees. He pointed out that ISIS has already announced that they have been able to send thousands of covert ISIS gunmen into Europe disguised as refugees, and that they intend to infiltrate the refugee movement into the United States as well. How much clearer do they have to be in order for us to realize that this is a really bad idea?

President Obama spoke derisively of Republicans from the G20 Summit in Turkey, for proposing that we screen the refugees based on religion, and give preference to Christians. In a very un-presidential attack, he said the GOP was “hysterical”. During the Hannity interview, Spencer responded to this by saying, “Muslims might blow us up, Christians won’t”. President Obama also referred to Republicans as being “afraid of widows and 3 -year-old orphans”. He just cannot seem to grasp the concept that we are in real danger here. The night before the Paris attacks, he claimed that we were doing a great job of containing ISIS, and after the attacks, he referred to them as a “setback”. He is an impotent leader.

Hannity also asked Rashid about his thoughts on the refugee situation, and of course he replied that the United States should welcome all the refugees. Hannity then asked if he thought this might be a risk to American lives, and his response was that not taking them would be a risk to American dignity. That didn’t sit very well with Sean Hannity, and it doesn’t sit well with me either. As far as I’m concerned, the value of American lives trumps the court of world opinion.

Yesterday, five Syrians using stolen Greek passports were attempting to enter the United States, via Honduras, but were arrested by Honduran officials in Tegucigalpa. ISIS has now put out a new video showing images of Times Square in New York City, and threatening another attack “far worse and more bitter” than Paris. New York authorities are taking the video seriously, but reported last evening they have no reason to believe there is any imminent threat. I hope they are right. They said they will continue to be vigilant in their security precautions.

As Speaker Paul Ryan has pointed out, this is not a bi-partisan issue. This affects all Americans, not just Republicans, and all of us should band together to come up with a solution that is in the best interest of the country. Speaker Ryan said that Congress will vote today on a bill to delay the refugee influx until a better vetting process can be put in place. Of course, President Obama has already announced that he will veto the bill. He is concerned that it will produce significant delays in accepting the refugees because “their” lives are at stake, and because he thinks it is “critically important to our partners in the Middle East” that we take a leadership role. I don’t know what partners he has reference to…Syria? Iran? Iraq? He is beyond stupid. That’s a disrespectful comment to make about a POTUS, but he hasn’t done anything in the last seven years to earn my respect.

You know who I do respect? Richard Nixon. I am a huge Nixon fan, but that’s another story. Say what you will about Watergate, and I know he handled it badly, but he never put the security of our country in jeopardy. As Pat Buchanan, one of his closest aides said in his recent book, “The Greatest Comeback”, if Watergate had not happened, Richard Nixon would go down in history as one of our great presidents. Nixon was a foreign policy genius, and unlike Obama, he had the respect of all the leaders on the world stage, including China, which he visited in 1972, the first POTUS to do so. Despite the humiliation of being the only president to ever resign the office, and the isolation he endured afterwards, he managed to be as relevant on the world scene post-presidency as he was during his 30 years in elected office. He authored 10 books, most on geopolitics, and they have proven prophetic, especially about the situation in the Middle East. He also traveled extensively, maintaining diplomatic relations with heads of state, and advising his successors on foreign policy. That is pretty impressive; a lot more impressive than what I see in Washington right now.

Nixon comes to mind, because I marvel at the irony of this situation. The Democrats spearheaded a process that forced President Nixon to either resign, or be impeached, for his part in covering up a break-in at the DNC that didn’t amount to anything, and that he had no prior knowledge of. And yet, we keep a president in office who has weakened our country, destroyed our health care system, misled us on Benghazi, put us at serious security risk, and who is more concerned with the welfare of Muslims than with the citizens he was elected to lead and protect.

Jimmy Carter owes a debt of gratitude to Barack Obama. Carter will no longer go down in history as our worst president.