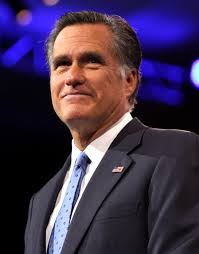 With the presidential election less than three months away, I guess it’s time to give up on Mitt Romney entering the race. A year ago, early September to be exact, I kept a photo on the home page of my blog. It was side by side pictures of Mitt Romney and Marco Rubio, and the caption read: The Dream Team, Romney/Rubio 2016.  That was back when I was almost certain Mitt Romney would announce his candidacy for the 2016 election, and I couldn’t think of a better running mate than Marco Rubio.

Of course, Mitt never entered the race, but Marco Rubio did. I made it a point to learn as much as I could about Rubio, and in no time, he had my full support. His autobiography, “An American Son”, sealed the deal for me.

Fast forward to this past March, when Rubio suspended his campaign, and it looked like Donald Trump just might be our de facto nominee. Mitt Romney took to the airwaves soon after and publicly eviscerated Trump. He made a compelling argument for why Trump would be a disaster of a candidate, and I agreed with him. Of course, plenty of pundits castigated Mitt for his effort’s, but I admired the fact that he would as the so-called standard bearer of the GOP, speak his mind.

I was not the only one who thought it might signal his late entry into the race. I’ve never been a supporter of a third-party candidate, (I still resent Ross Perot) but if there was ever a year when it could work, it would be 2016. After Kasich and Cruz suspended, I kept waiting for Romney to jump in and save the GOP, but it never happened. It doesn’t appear that it will.

Governor Gary Johnson is making a bid, as is Evan McMillan, although it’s doubtful that McMillan will have an impact on the race. Governor Johnson is seeing an increase in his poll numbers that may garner him a podium at the presidential debates. However, his pro-choice platform will keep me from supporting his candidacy.

Of all the names tossed around over the last few months, Romney was really the only one who could have proven a threat to Trump. Candidates like Ted Cruz, Marco Rubio and John Kasich still have a future ahead of them in political office, so it would have been a huge gamble on their part to run third-party. If they didn’t win, to quote Charles Krauthammer, “the longest political suicide note” in history.

Mitt Romney on the other hand, is unlikely to ever seek political office again, so he had little to lose by getting into the race. He already had the name recognition, he is a thoroughly vetted candidate, and he can most certainly gather the financial backing necessary to be competitive. He would have made a wonderful alternative to Donald Trump, and I truly believe many in the GOP, as well as Independents, would have flocked to support him. I think he could have swayed those Democrats who cannot forgive Hillary Clinton for ousting Bernie Sanders, or those who just plain don’t like or trust her.

This could have been Mitt’s year. I am still not sure what kept him from throwing his hat in the ring, but like many who are never-Trump and never-Hillary, I wish he had decided differently.