Preaching to the Choir… 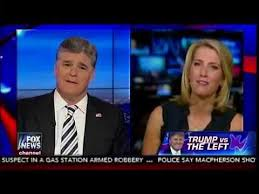 David French wrote an excellent article in yesterday’s edition of the National Review. I read it today after I saw it “retweeted” by someone I follow. If you are interested, the title of the article is, The Drive to Become “Fox News Famous” Hurts the Right, and it is a great read.

Mr. French writes about the power that Fox News has within the conservative movement, and how an association with them is so highly coveted. It can take someone from total obscurity and propel them into almost instant stardom, especially if they are gifted with a recurring role. He uses himself as an example, and how a brief appearance on The O’Reilly Factor plumped up his own resume. He points out that Governor Mike Huckabee, who had a lackluster performance in the 2008 presidential election, proved such a good fit for Fox that it earned him his own show.

However, despite the huge following that Fox News has acquired since it hit the airwaves in 1996, French does not think it is as much of an asset to conservatives as they believe it to be. Altering their message to fit the Fox News profile and gain access to the “gated community” may ultimately do them more harm than good. He points out that the GOP has only prevailed in one presidential election since Fox News entered the political scene. Although their audience is substantial, it is still limited to other like-minded conservatives. Fox does not draw from the same pool of viewers as the mainstream media, and this greatly affects their national influence.

It’s like the old adage, “you’re preaching to the choir”. While other media outlets are feeding news, information and viewpoints to a diverse group of voters, Fox is self-limiting. The only way for conservative values to prevail over liberal, is to win elections. We can feel superior in serving up seventeen GOP primary candidates to the Democrat’s two, but if the Democrats continue to win, it’s really all just academic. If the conservative movement is going to grow and expand, the movers and shakers need to focus more on appealing to the masses and less on appealing to the “powers that be” at Fox News.

One thought on “French is On to Something”