The Trump and Cruz Plans 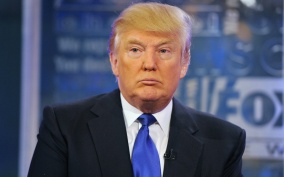 Most Americans are anxious about our fluid borders and the number of illegal immigrants currently residing in our country. Next to the economy, the immigration issue ranks highest among voters. With approximately 11 million illegals, some of whom engage in criminal activity, it is a valid concern. 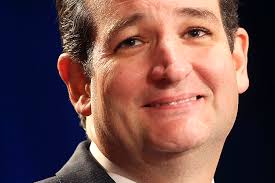 Over the course of this primary season, we have heard all the candidates state their position on immigration reform, and though they differ in their approach, they all agree that we must first secure the border before any real improvement will occur.

The current frontrunner, Donald Trump, has grown his popularity with voters largely because he is so outspoken on this issue. He has called for a “ban on all Muslims” entering the United States, as well as promised to deport all 11 million persons here illegally. In his words, “When Mexico sends its people, they’re not sending their best. They’re sending people that have lots of problems. They’re bringing drugs. They’re bringing crime. They’re rapists. And some, I assume, are good people.” His harsh rhetoric scores points with voters who like his tough stance.

Senator Ted Cruz has also portrayed himself as being very hard-lined on the issue. He stopped short of Trump’s “mass deportation”, until this past Monday. In what some believe is an effort to gain the support of Trump voters, Ted Cruz now states that as president, he will also actively hunt down and deport the undocumented, but unlike Trump, he will not allow the “good ones” to reenter the United States legally. They will be permanently ineligible for citizenship.

Appearing on the O’Reilly Factor Tuesday evening, Cruz said he would have ICE agents systematically arrest and deport ANYONE that is here illegally. When Bill O’Reilly gave him a hypothetical scenario of an Irishman illegally residing in New York for decades, but working and law-abiding, and asked if Cruz would deport him as well, Cruz answered affirmatively. There will be no exceptions.

Now, I personally believe that we must seal our border to prevent further immigration issues, not to mention the risk of terrorist infiltration, but I do think there is a more humane approach to those already here, who have no criminal record. For the sake of argument, is a so-called mass deportation even plausible? Aside from the obvious emotional toll of breaking up families, perhaps leaving children with only one parent, is it even legal? As appealing as it may be to some voters, if is not possible to enforce, then it is just another political maneuver designed to attract votes.

According to guests on last night’s O’Reilly Factor, John Yoo, formerly of the DOJ under President George W. Bush, and Stephen Yale-Loehr, an immigration law attorney, everyone here in this country is entitled to due process. It does not matter if they are here illegally. If they are on American soil, they are entitled to make their case before a Judge. ICE agents can legally apprehend them, but they cannot immediately deport them. They must first take them to a detention facility until they can appear before a Judge. There are exceptions for those apprehended at the border and denied entry, and for those who choose to leave voluntarily.

Currently, we have 242 immigration Judges in the United States, and hundreds of thousands of cases pending. There is a backlog of one and half years to three years, depending on the state. Judge Dana Leigh Marks, of San Francisco, said, “I have over 2,400 pending cases…my first date on the docket is three and a half years from now.”

The time and costs involved in deportation cases is significant, including the cost of transportation by air for those here from countries other than Mexico. A more efficient system, with a substantial increase in the number of immigration judges would improve the timeline, but no matter what, this issue is a logistical nightmare. The idea that under a Trump or Cruz presidency, we will witness an exodus of millions of illegals as they disappear over the horizon is mythical.

For Trump and Cruz, it makes for good copy, and it certainly garners votes. It is a contentious issue, and Americans impatiently await a resolution. When a candidate promises to round these people up and ship them out, it sounds like a welcome and swift solution. However, we all know that the wheels of justice turn slowly, and the reality is there is not an easy answer. If this happens to be your “go to” issue when selecting a candidate to support for the Republican nomination, you might want to educate yourself on the probability of them following through on their campaign promise. 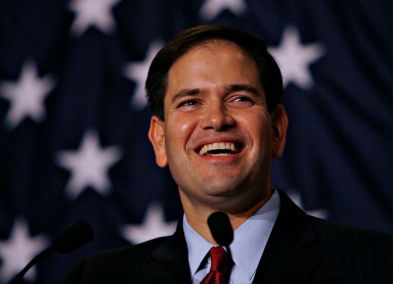 of the negative feedback I see about Senator Marco Rubio is regarding his stand on illegal immigration. Many voters think he is too soft on the issue; they want someone tough, like Donald Trump. I am not speaking here about the Syrian refugees; I consider that a separate issue. I am speaking about the 11 million immigrants already in our country, half of whom are from Mexico. I grew up less than 2 hours from the Mexican border, so I am familiar with the concept, and I agree that it is one of our most pressing issues. Our top priority is to secure the border. Unless and until we achieve that, the rest is an exercise in futility.

I wonder how many voters have actually read Marco Rubio’s plan for immigration reform. I personally think he has a viable plan. It’s not perfect, but it’s a lot more realistic than Trump’s rhetoric about deporting all 11 million illegals currently in the United States. Does anyone really think that is likely to happen? It would be a logistical nightmare. You can’t just load them up and bus them to the border. Some of these people are elderly, some are children, and some have lived here for many years and are actually law abiding, job holding individuals. Illegal immigrants make up five percent of our labor force. Seven percent of our students K-12, have at least one parent who is an unauthorized immigrant. We are talking about splitting up families here. Trump talks big, and he makes it sound easy, but it may prove a little harder than he thinks. Candidates can promise all kinds of things to win elections, but if they cannot actually deliver on them, then it’s just academic.

Let’s not forget that our ancestors were immigrants. Personally, if I had not had the blessing of being born in the United States, and I had to raise my children in abject poverty, amid violence and drug cartels, I am sure I would do whatever I had to so they would have a better life. As Christians, we need to have some compassion. Does this mean they get a free ride? No. Does this mean automatic amnesty? No. They are still here illegally, and they must go through a process to become a legalized citizen. If they have a criminal background, they should be automatically deported.

I also agree with Theodore Roosevelt, who said, “Every immigrant who comes here should be required within five years to learn English or leave the country.”

Before you right off Marco Rubio, read his immigration plan. Don’t just believe what all the pundits say, and keep in mind that we are talking about real people here, many of whom are hard working, decent individuals who just want a better life for their families.