I Voted for Rubio…

before the presidential election of 2012, Fox News Contributor, Laura Ingraham, made the comment, and I’m paraphrasing, “If the Republicans cannot win this election with all the failures of the Obama administration, they don’t deserve to win.”

Well, I would say the same is true in the 2016 election, but even more so. The past eight years of the Obama White House has put the country on a fast track to hell in a handbasket. Aside from the abysmal failure of Obamacare, the weak economy, the amoral climate that we now find ourselves in, (courtesy of the liberal agenda) we have the Fast and Furious debacle, and the tragedy of Benghazi, where four Americans lost their lives. I could go on, but you get the point.

If there was ever a time when the incumbent party could be easily ousted, it would be now. The major difference we see in the 2016 election versus the 2012 election, is the caliber of our GOP nominee. Donald Trump is no Mitt Romney; not even close. Out of a fertile field of seventeen candidates in the primary election, the Republican electorate decided to saddle themselves with the absolute worst choice. Instead of selecting ANY of the intelligent, well-spoken and informed individuals in the running, they went with the least knowledgeable and most controversial. Further, they selected the one candidate who consistently lost to Hillary Clinton in every poll.

Now, they expect those of us who have never supported Trump to fall in line behind him. Well, I’m not buying it. And Ingraham, a known Trump supporter, now tells us, “If Trump loses this election, it will be the fault of the “Never Trump” people”. In her opinion, our refusal to support the inept Trump guarantees Hillary’s victory, even if we don’t vote for her. Well, in my humble opinion, those who voted for Trump in the primary get to carry that burden. They saw the polls, they listened to his bombast, and they knew he had no substantive knowledge of government or foreign policy. They ignored all of it. Their vote was more about expressing their disapproval of the GOP, and less about the good of the country. 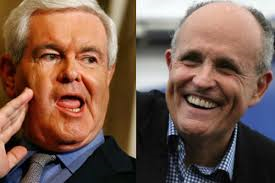 There is no way that anyone with the political acumen of Newt Gingrich, Rudy Guiliani, Pat Buchanan, or for that matter, any of the commentators at Fox News, can honestly say that Trump is a qualified candidate. No way. If you watched even one of the debates, it was painfully obvious that the man had no idea what he was talking about. He could not argue intelligently with them about policy, so he went personal against them and their families. He made outrageous and erroneous comments in an effort to steer the dialogue away from the subjects about which he was unfamiliar and uninformed. Any viewer with even a modicum of political savvy could see right through his ploy.

But the media and many of those in the political arena, gave him a pass. Of utmost importance to them was sending the message that they were through with “establishment” candidates, and Trump delivered it perfectly.

Now, with the polls showing Trump trailing Hillary, they’re in damage control mode. They still sing his praises, and they overlook his constant self-immolation, but they lay the groundwork to cover themselves when he loses. They do not intend to take the fall or bear the guilt for their faulty thinking; they want to lay it squarely at the feet of those of us who saw through Trump from the first debate.

Well, sorry. I’m not having it. I won’t be their “out”. As the saying goes, “They made their bed…